Jewellery has long been valued as a gift, as it's such a personal thing to give to someone, and the recipient can keep it with them at all times. Although it's something typically associated with a gift for a woman, men often appreciate jewellery as well, especially if it's a piece created just for them.

It can be difficult to decide just what would be a suitable choice for a man, however. It's best to keep it simple and understated, which often leads people to choose pieces without any jewels. While this is a safe bet, there are a few particular stones that can work really well in men's jewellery, and as long as you don't opt for huge rocks, they can really set a piece of jewellery off without being garish or too feminine. Here are some stones to consider.

As gemstones go, it probably doesn't get more masculine than onyx. Usually black, onyx looks stunning when it's shaped and polished, and because it's not brightly coloured, you can get away with a reasonably large stone and match it with any metal.

Deep red stones that range from purple-tinged to slightly orange, garnets are often used in men's signet rings. They can be used in other jewellery as well, and look particularly good with gold.

A beautiful deep blue stone that's been prized by humans since ancient times. Lapis lazuli can be either subtle or bold, depending on how it's set, and really works for men who wear blue suits.

Although diamonds nowadays are largely associated with rappers and engagement rings, never underestimate their versatility. They work with any metal, of course, but can look particularly stunning with platinum or palladium in men's jewellery.

For a man who likes green, a peridot may be the best option. It's more masculine than emeralds or other green stones thanks to its rich, dark tones, and it makes a more unusual choice for men who like to stand out.

The ruby needs no introduction. It's widely used in men's jewellery, and as red stones go, it represents a more luxurious alternative to a garnet. Often used on its own or with diamonds in signet rings and cufflinks.

Citrine is quite an unusual colour, a sort of fiery orange that's sure to get attention whenever it's worn. It looks good with silvery metals, even better with gold. 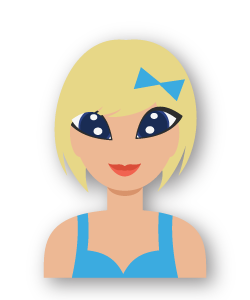 Hi, there! I would like to offer you a very warm welcome to my blog. If you had asked me last year if I would ever had my own business blog, I would have laughed and said no! However, last July, I met a wonderful woman who became a very good friend. She was interested in my home crafts and suggested I scale the idea up into a business. I was unsure at first because I had no idea how to run a business, but my new friend suggested that I shadow her at work so I could learn some skills. I learnt so much that I decided to start a blog.

Helpful Tips for Modern Town Planning
11 April 2022
If you are involved in town planning, then you might be really excited about being involved in making your community better. You might be looking ahea …

Do you have a hidden asbestos problem?
21 October 2021
Asbestos can be a hidden danger lurking in any corner of your home. Your home may be clean and nicely decorated, but there could be threats where you …

Avoid The Drift: Why You Need to Invest in a Floating Jet Ski Dock
28 June 2021
If you have a waterfront home, and you own jet skis, you owe it to yourself to invest in jet ski docks. Most people know that docks make life much eas …